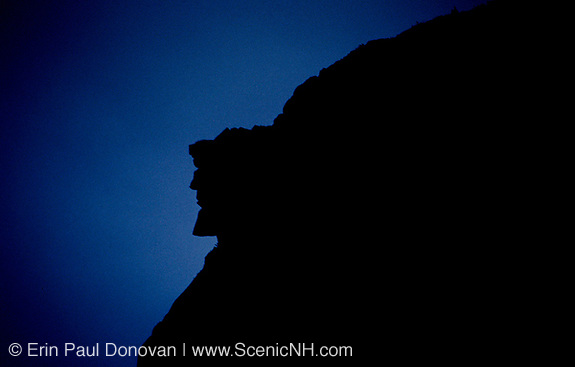 Old Man of the Mountain – 35MM

Discovered and first recorded in 1805 by a survey party, the Old Man of the Mountain profile was a natural rock feature on the side of Cannon Mountain in Franconia Notch; it was the main attraction of Franconia Notch for 198 years. According to Moses F. Sweetser in The White Mountains Handbook for Travellers (1873), the two surveyors were Frank Whitcomb and Luke Brooks. However, there are a few different stories about who actually discovered the rock profile*.