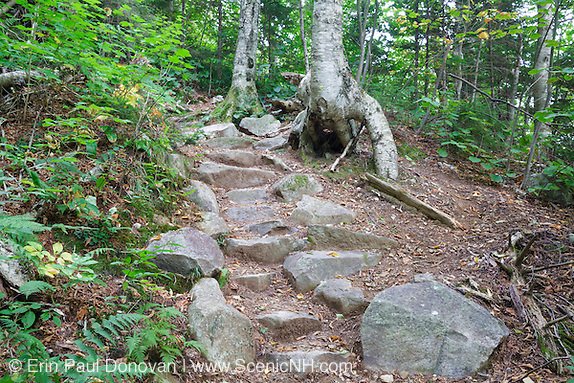 Greenleaf Trail, Mount Lafayette – Located in the White Mountains of New Hampshire, the 3.8 mile long Greenleaf Trail is named for Colonel Charles Henry Greenleaf, once owner of the Profile House in Franconia Notch. And the Greenleaf Hut is also named in his honor.

The Greenleaf Trail begins in Franconia Notch at the Cannon Mountain Aerial Tramway parking lot; it travels through an interesting forest, passes by Greenleaf Hut, and eventually ends on the summit of Mount Lafayette where a summit house once stood. And though the trail is located in a busy hiking area of the White Mountains it is lightly maintained. Hikers will actually feel like they are traversing a hiking trail.