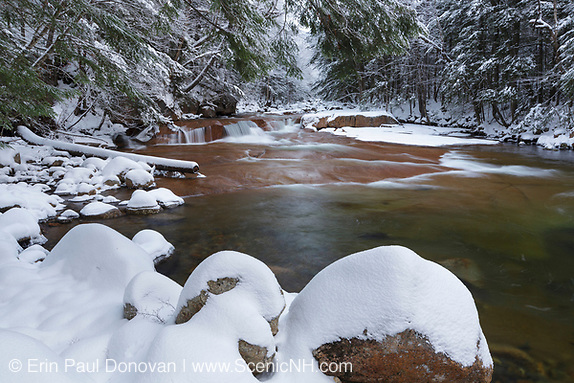 If you live in the White Mountains region, did you ever think the outdoor community would be fighting about the definition of “local” and vehicles at trailheads being vandalized just because they have out-of-state license plates? With social media fueling the fire, this year has been an awful display of what the White Mountains outdoor community is all about. For better or worse, social media has changed outdoor recreation.

END_OF_DOCUMENT_TOKEN_TO_BE_REPLACED 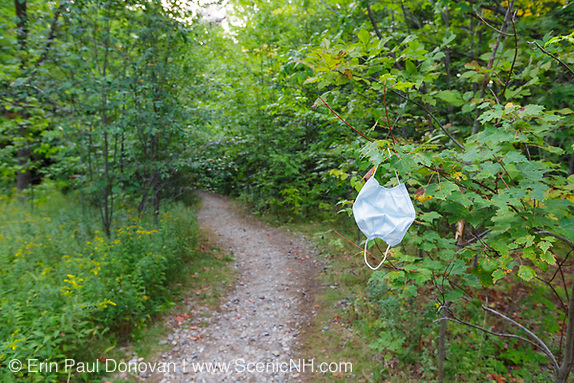 2020 Human Impact, White Mountains – During these strange times, like many of you, I have been trying to stay safe and worrying about family and friends. I also have watched the New Hampshire White Mountains get trashed over the last few months. While human impact (overuse) is not a new problem here in the White Mountains, it has gotten much worse during the Coronavirus pandemic.

Being a native of New Hampshire, I hate seeing the White Mountains being treated so poorly. I have never seen such a lack of respect for nature. However, overuse has been a problem throughout the history of the White Mountains. And with the surge in outdoor recreation in the 21st-century, this was bound to happen again. And even in today’s conservation minded-society, there is still no easy solution to the problem.

END_OF_DOCUMENT_TOKEN_TO_BE_REPLACED 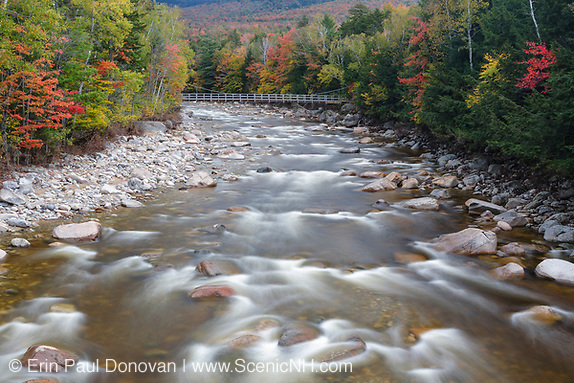 Lincoln Woods Trail, White Mountains – There isn’t a grand story about how the Lincoln Woods Trail came to be, and the trail isn’t named for any famous person. However, this trail is the direct result of J.E. Henry’s historic East Branch & Lincoln Railroad (1893-1948), and that is what makes it so unique.

The 2.9 mile-long Lincoln Woods Trails utilizes the railroad bed of the East Branch & Lincoln Railroad. It begins along the Kancamagus Highway at the Lincoln Woods trailhead, crosses a picturesque suspension bridge (above), and travels along the west side of the East Branch of the Pemigewasset River, and after crossing Franconia Brook, the trail abruptly ends at the Pemigewasset Wilderness boundary.

END_OF_DOCUMENT_TOKEN_TO_BE_REPLACED 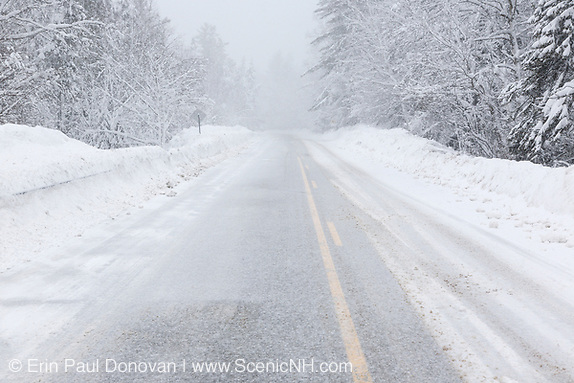 Snow, White Mountains Weather – During the winter months, the New Hampshire White Mountains come to life. Skiers take to the ski resorts, snowmobilers ride the hundreds of miles of groomed trails, and hikers explore the snow-covered trails. Winters that produce lots of snow are good for the New Hampshire economy (tourism industry), while the winters that have little snowfall can be detrimental to the local economy.

END_OF_DOCUMENT_TOKEN_TO_BE_REPLACED 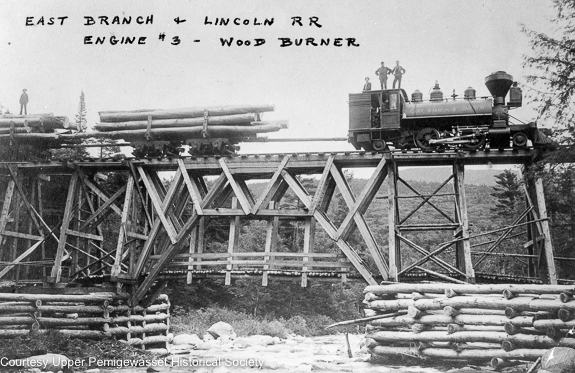 The first trestle was built in the early 1900s, probably 1902, and it serviced the Franconia Brook and Lincoln Brook Branches of the railroad. It was used until around 1911. The second trestle was built, probably in 1905, just below the first one and it was abandoned in 1947. And it serviced the Upper East Branch of the railroad (the area surrounding the East and North Fork branches of the Pemigewasset River).

END_OF_DOCUMENT_TOKEN_TO_BE_REPLACED 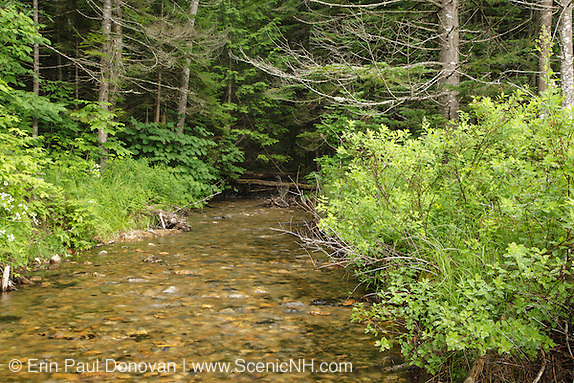 Birch Island Brook Falls, Lincoln – Looking at the above image of Birch Island Brook, near Ice Pond, in Lincoln, New Hampshire you would never think there would be a small picturesque waterfall along it. But you know the old saying, looks can be deceiving.

Over the years, I have explored numerous brooks in the White Mountains and have realized that the many of them have interesting features that offer unique photography opportunities. Birch Island Brook is an excellent example of this. And today, I want to share a few scenes from along the brook with you.

END_OF_DOCUMENT_TOKEN_TO_BE_REPLACED 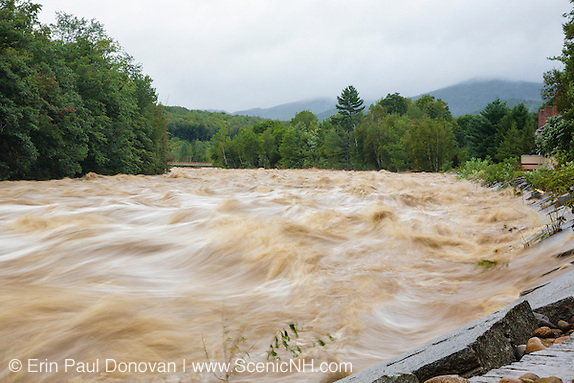 East Branch of the Pemigewasset River during the storm

August 2011, Tropical Storm Irene – From 6PM Saturday, August 27, 2011 through midnight Monday, August 29, 2011 the White Mountain National Forest was closed because of Tropical Storm Irene. This tropical storm caused massive damage along the East Coast of the United States and the White Mountain National Forest was officially closed during the storm.

Tropical Storm Irene has caused massive destruction throughout New England. Many bridges, buildings and roads have been washed away, and officials are saying roads will be closed for weeks. Many of the rivers in the White Mountains region of New Hampshire have been badly eroded and are clogged with trees.