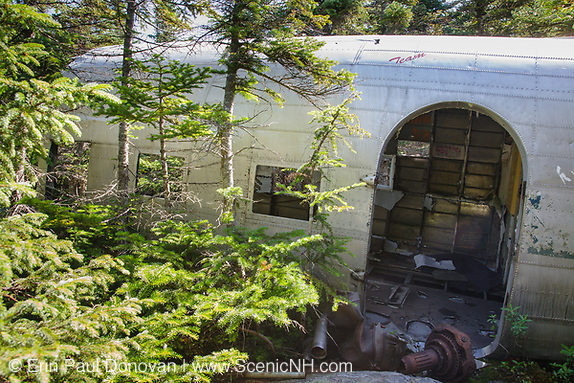 Mount Success, Douglas DC-3 Plane Crash – On November 30, 1954, Northeast Airlines Flight 792, encountered snow squalls, reducing visibility to zero, during its flight to Berlin, New Hampshire. The plane continued on and while trying to navigate only by instruments to the Berlin Airport it crashed into the southern slope of Mount Success (3,565 feet) in the Mahoosuc Range of the New Hampshire White Mountains.

The flight originated at Boston, Massachusetts, and was bound for Berlin, New Hampshire, with stops at Concord and Laconia, New Hampshire. On board the twin-engine Douglas DC-3 plane was a crew of four and three passengers.