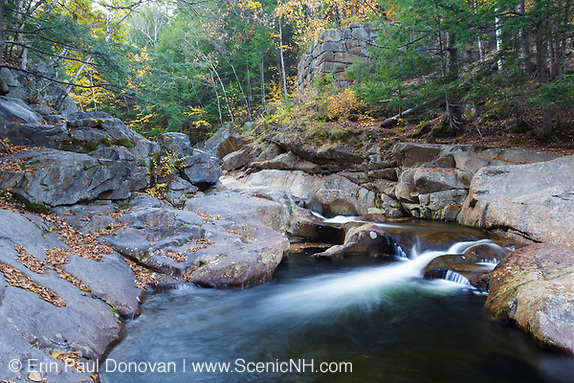 The book, Franconia Notch and the Pemigewasset Valley by Frank O. Carpenter, published in 1898, puts Baston Falls on a different brook. In Carpenter’s book, the directions to Baston Falls say to take branch road to the right of Nathaniel Boynton’s boarding house in Woodstock and follow it up to the waterfall. He goes on to say that the brook is on the left side of the road and stays near the road. Two other points of interest in his book, Potato Hill and Elbow Pond, are also helpful. Directions to both of these locations begin at Boynton’s boarding house, use branch road, and pass by Baston Falls. 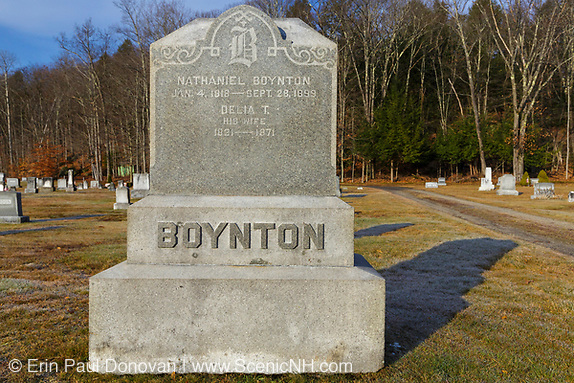 Boynton’s boarding house was located in Woodstock Center, just south of the cemetery, near the junction of Potato Hill Road and Daniel Webster Highway. And the Gardner G. Baston dwelling (1860, 1892 map) was near Boynton’s. Both sites are in close proximity to Glover Brook. Knowing this information – when looking at the 1892 Town and City Atlas of the state of New Hampshire, the branch road Carpenter refers to is the old Potato Hill Road, which means the forgotten Baston Falls is on today’s Glover Brook, not Eastman Brook.

Could Carpenter’s 1898 book be wrong? Eastman Brook is mentioned in a number of 1870s publications and labeled on 1800s maps. And he does mention Baston Brook, Eastman Brook, and Glover Brook in his book. He was aware of these brooks, so why would he call either of the last two Baston Brook? Interestingly, a year later, on his 1899 map of the area, he labels Eastman Brook and Glovier Brook**, but Baston Brook isn't on the map. One hundred years later, and there is no reference to this brook on current maps. 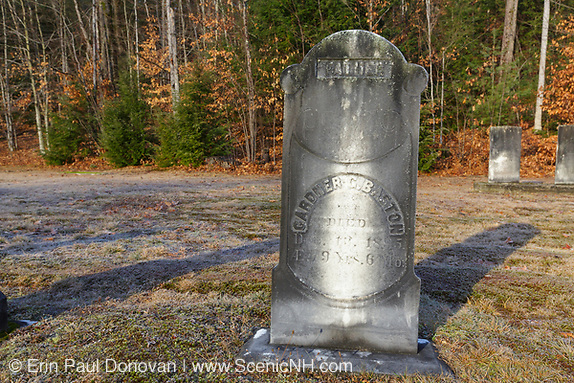 Today, the only mention of Baston Brook is among waterfall enthusiasts trying to find Baston Falls. And this raises the question, regardless of Baston’s Mill being on Eastman Brook, was Glover Brook once known as Baston Brook? If so, it would have been in the early to mid-1800s.

**Glovier Brook is likely named for a family who lived in the area. Glovier is a variation of Glover.

***Possible name origin – A glen is a deep narrow valley. And a dale is an open valley that sometimes has a brook or river flowing through them, hence Glendale Cascade.

To license any of photos in this blog article for publications, click on the photo.