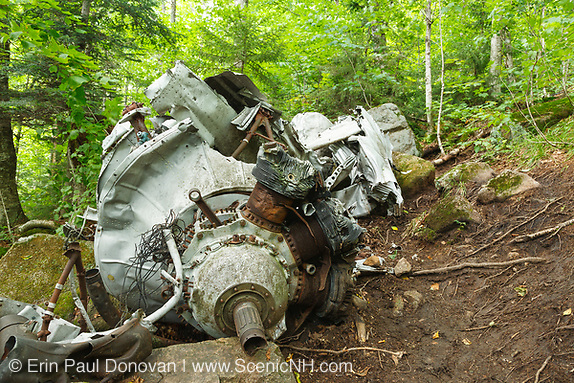 B-18 Bomber Plane Crash, Mt Waternomee – During the World War II Era, a horrific plane crash awoke the quiet town of Woodstock, New Hampshire. The explosion rattled homes and was heard throughout the countryside. And flames from the wreckage could be seen from the towns of Lincoln and Woodstock.

On January 14, 1942, five weeks after the attack on Pearl Harbor, a Douglas B-18 Bolo Bomber returning to Westover Air Force Base in Chicopee, Mass, near Springfield, from a patrol over the North Atlantic Ocean for German submarines crashed into the side of Mt Waternomee (3940 feet) in the New Hampshire White Mountains. 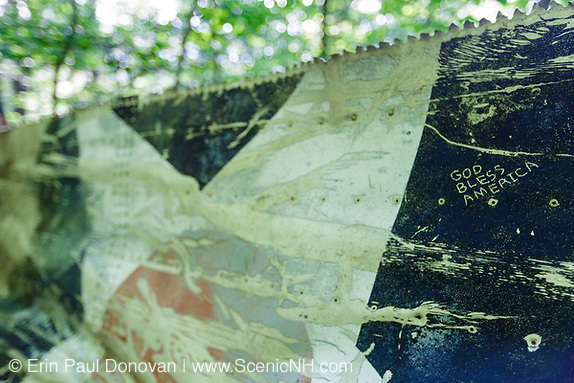 On the night of the crash, poor weather conditions and visibility led to the pilots ultimately flying blind and in the wrong direction. Strong winds had blown the bomber many miles off its return course to Westover Air Force Base. And by the time the pilots realized this mistake, it was too late, and they were moments away from crashing into the side of Mt Waternomee. 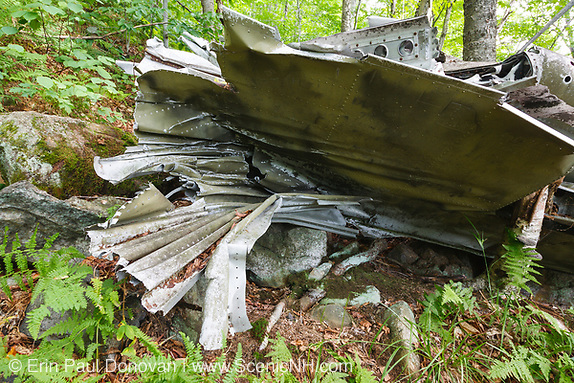 Just before impact, co-pilot Woodrow Kantner pulled the nose of the bomber up avoiding a nose first crash. This action alone is possibly what saved the lives of most of the aircrew. A nose first crash would have been a catastrophe with a very different outcome. 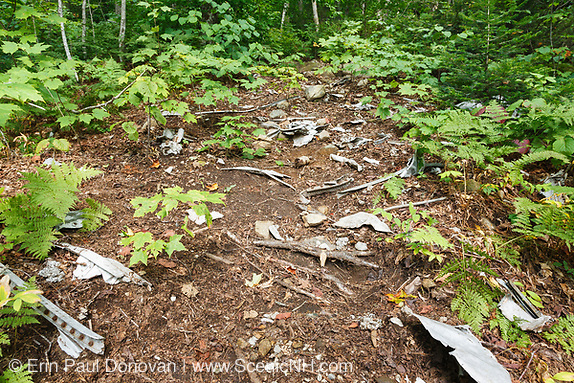 Out of seven crew members, five survived the crash and were able to remove themselves from the wreckage. The remaining two crew members perished shortly after impact when fire and leaking fuel combined causing the bomber to explode. Over the course of the night, rescuers, local residents from Lincoln and Woodstock, climbed the mountain in extreme winter conditions to rescue the five surviving crew members. Sherman Adams, Governor of New Hampshire (January 1, 1949 – January 1, 1953), assisted in the rescue. 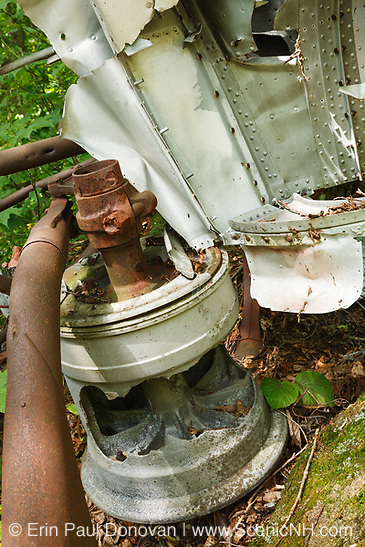 The next day the Army took over the scene and the two remaining crew members were removed from the wreckage and brought down the mountain. The Army also located and removed live grenades and exploded a 300-pound bomb that survived the crash. To this day, there are rumors of possible unexploded grenades around the wreckage site. 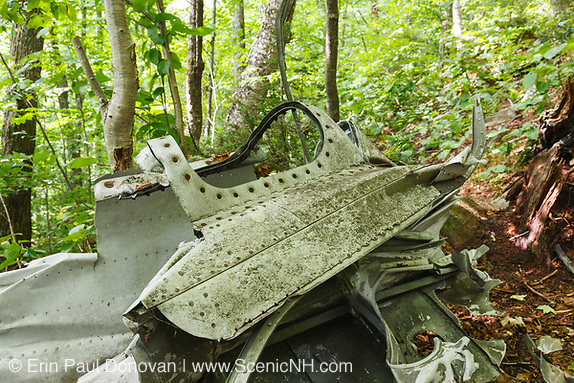 An archaeological study of the crash site was conducted in 2006, and copies of the report can be viewed at the Lincoln, New Hampshire library. Photos and artifacts can be viewed at the Upper Pemigewasset Historical Society. And in 2008, an interpretive panel was placed at the Beaver Brook Trailhead in Kinsman Notch. 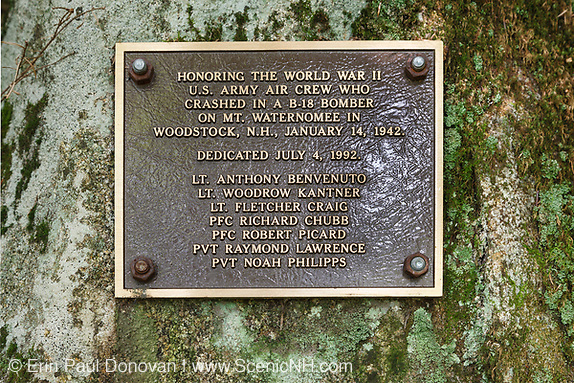 Today, the wreckage of the bomber still can be found high on the side of Mt Waternomee and can be visited by following an unofficial rugged and steep trail. Parts of the wings, engines, landing gear and fuselage are scattered among the steep mountain side. A plaque (above) honoring the aircrew is located at the site, and it is a reminder of all the heroes who gave their lives for our country. 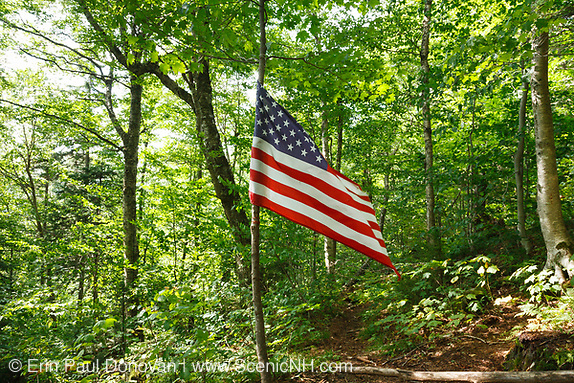 On your way down take a moment to visit a small waterfall located just off the unofficial trail. This waterfall is a nice place to reflect on the wreckage site. To the best of my knowledge, this waterfall has no official name, so I have started referring to them as "Airmen Falls", but please keep in mind Airmen Falls is not the official name. 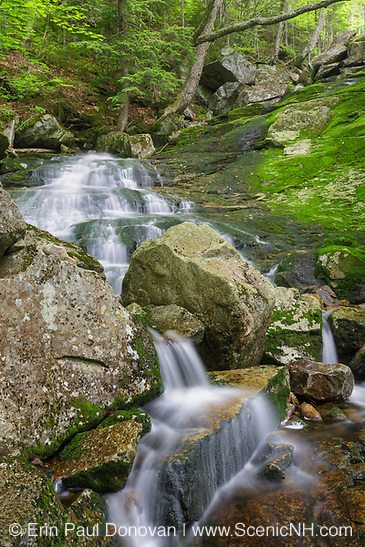 This crash site is a very special place where two lives were lost. These seven men are heroes who will never be forgotten. Please honor and respect them and do your part to keep the site preserved. Take only pictures. And keep in mind, the wreckage is on federal land, and it is illegal to remove any artifact from federal land.

All of the above images can be licensed for publications by clicking on the image you are interested in. And you can view more images of the bomber wreckage here.