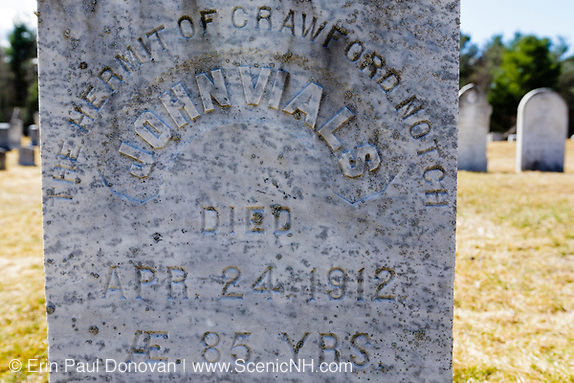 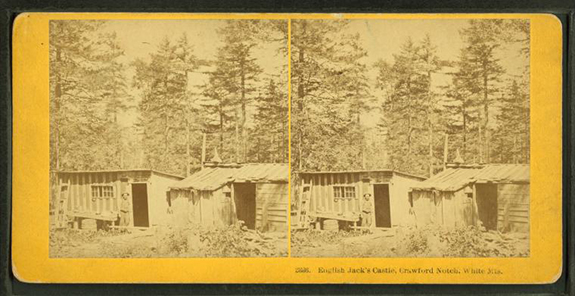 English Jack built and lived in a shack (ramshackle home seems to be the preferred term) he called the "ship"; it was located along the Portland and Ogdensburg Railroad near the "Gate of the Notch" (below). And there was a path from the railroad to his shack. He was known to the locals and tourists, and rumors of homemade beer and of him eating frogs for entertainment purposes made him a popular attraction. 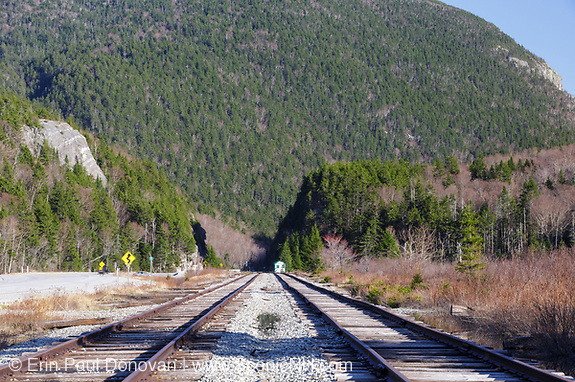 In 1891, James E. Mitchell wrote about English Jack, The story of Jack: the hermit of the White Mountains. The book is a fascinating read about the life of English Jack. Like many of the early settlers of Crawford Notch, he had an interesting life. And history buffs will enjoy this colorful story of an old sailor. 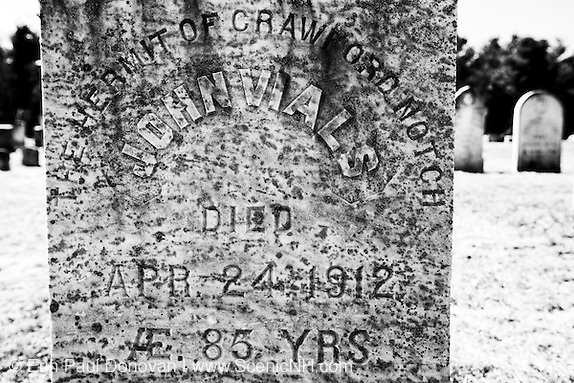 It has been over one hundred years since English Jack passed on. But the experienced explorer can still find remnants of what is believed to be his shack. And you can visit his headstone at the Straw Road Cemetery in Twin Mountain. You can also read his obituary in the New York Times here.

English Jack is one of the more interesting characters of the White Mountains.