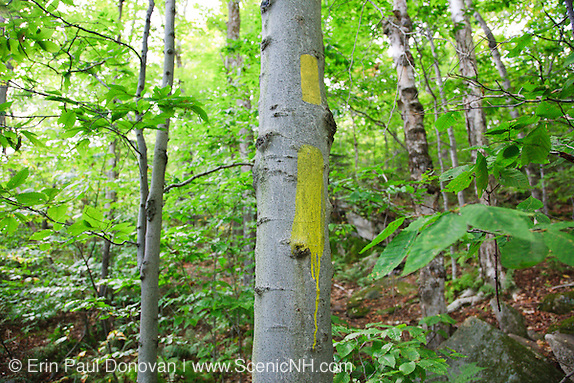 Repaired Trail Blazing, Trail Maintenance – Some of the issues along the Mt Tecumseh Trail in Waterville Valley New Hampshire have been addressed and corrected by Forest Service. I commend Forest Service for correcting issues along this trail. And it is satisfying to know they are taking the needed steps to improve the White Mountains trail system.

In 2011, while hiking the Mt Tecumseh Trail, I noted a trail blazing issue, so I reported it to Forest Service. The trail blazing was not per trail maintenance guidelines and ruined the overall beauty of the trail. The Ranger who looked into it and responded, via email, stated a bad can of paint was the cause. Included in this blog article are before & after photos of the trail blazing that was removed. 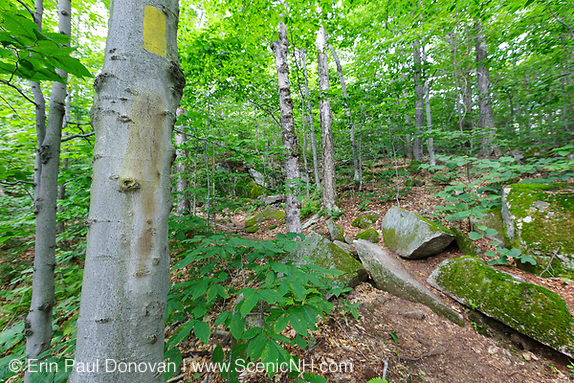 After a trail inspection of the Mt Tecumseh Trail in June 2012 by Forest Service Assistant District Ranger Tom Giles, properly trained parties corrected issues found along the trail. And they also removed the excessive trail blazing that I reported. Hopefully, the remaining issues will be addressed in the future. 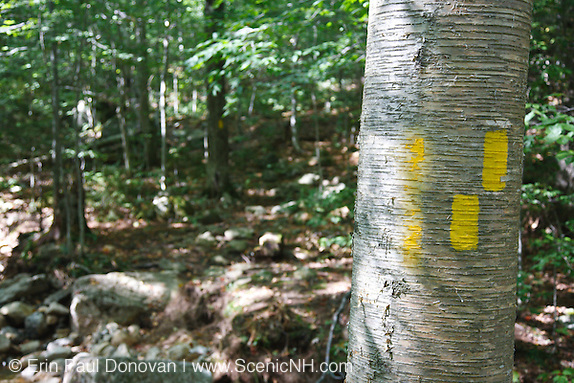 You can see in the included images that they took the time to properly remove the excessive trail blazing without damaging the bark of the trees. In time the removed trail blazing will fade away. And we will never know it was ever on the tree. 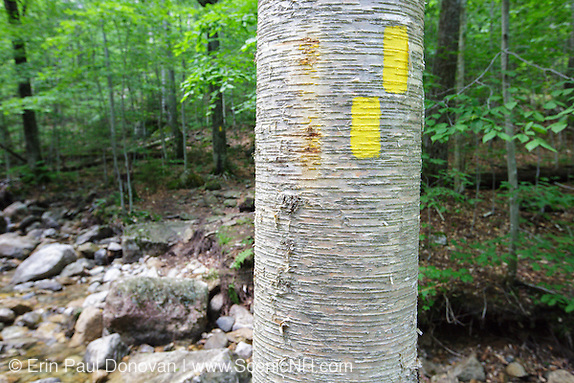 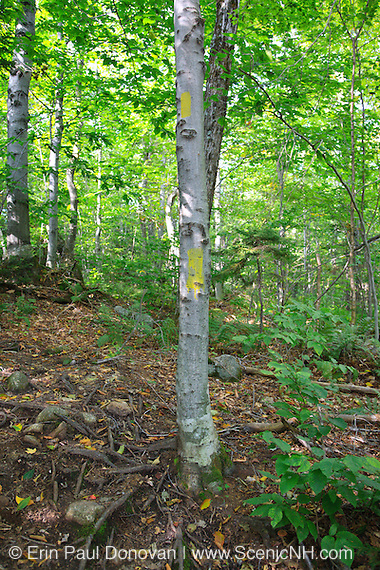 One of the trail blazes along the trail was placed on the tree about two feet off the ground (above) making it useless. When painting a blaze on a tree, the general rule is to paint the blaze about head height on trees. 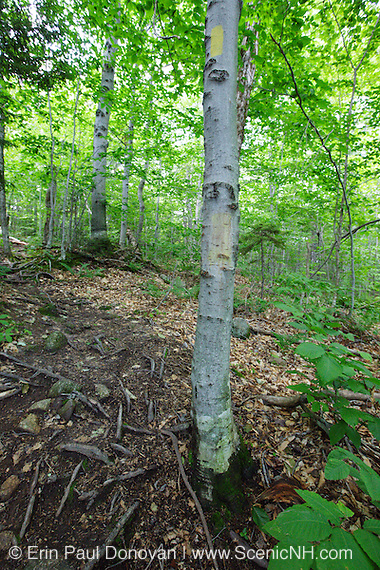 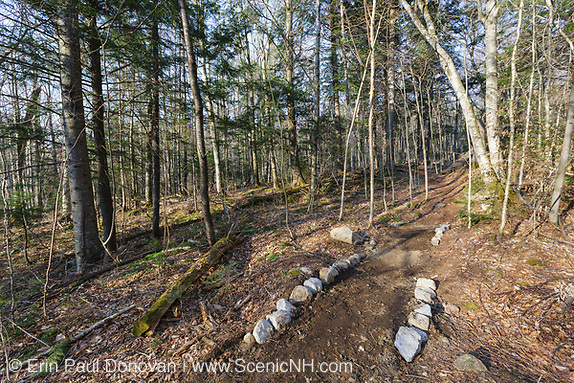 2012 Before – Rock Walls on Side of Trail, Mt Tecumseh Trail

Some unneeded stonework (above) in the lower section of the Mt Tecumseh Trail, at the start of the Tropical Storm Irene reroute, was also removed. The rock walls on each side of the trail may have been intended to guide hikers to the reroute, really unneeded. Once a solid foot path formed in this section the walls no longer severed a purpose, so they were removed (below). 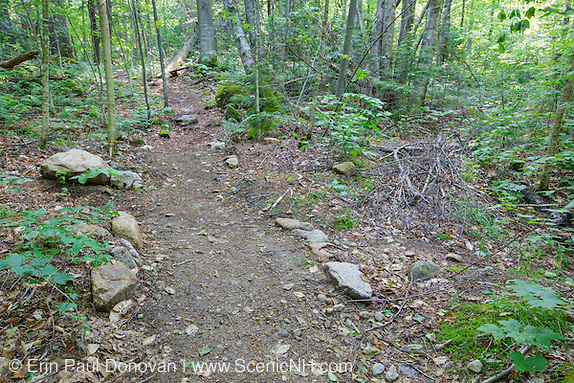 2012 After – Removed Rock Walls on Side of Trail, Mt Tecumseh Trail

If you come across any issues along the White Mountains trail system, report them directly to Forest Service. Reporting your concerns directly to them guarantees proper parties have been made aware of the issue. And you can do it anonymously if you are concerned about having your name dragged through the internet mud.

For the inspiring environmental photographer, though not always possible, before and after shots are excellent for documenting locations that are going through changes. This kind of imagery can also be used as an educational tool to promote responsible land stewardship.

To license the above images for usage in publications, click on the image. And you can view these before and after photos in a slideshow presentation here.

My reportage of issues on Mt Tecumseh has upset a small circle of hikers. These hikers all have a connection to Tecumseh, and since reporting these issues to Forest Service, they have been bad mouthing my business. I know none of these hikers or the persons working this trail. And no matter what is said, the imagery tells the story.

The information included here is based on Forest Service’s protocol for trail blazing. (updated 04/2018).