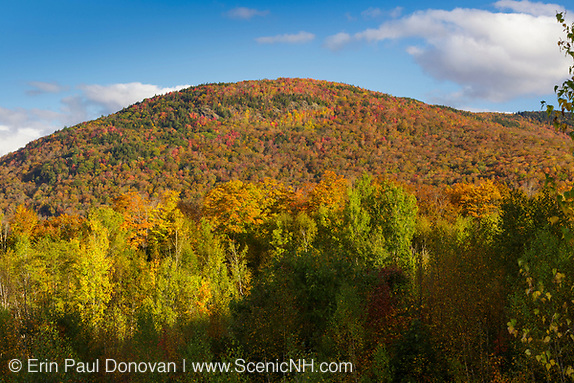 The 2017 Autumn Foliage Season – What a strange autumn foliage season we have had here in the New Hampshire White Mountains! The foliage was hit or miss in most areas. And even though we are past peak, there are still some nice pockets of colorful foliage. As for the weather, the temperatures have been above average for the month of October. Boy, I hope we get snow this winter season.

I usually spend two weeks a year photographing autumn foliage. But because of tight deadlines, I didn’t focus much on the foliage this year. It has been an extremely busy year, and today I am going to share a few scenes from my travels around the White Mountains. Almost all of my field time over the last few months has been spent in the Pemigewasset Wilderness verifying work for a book project that is due out in the summer of 2018. 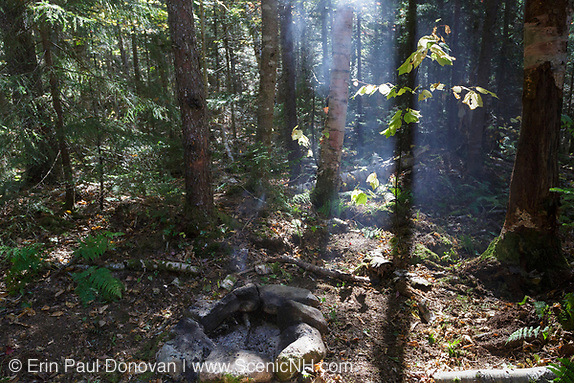 For the second time, in the last seven years, I came upon a campfire that was still burning in the Pemigewasset Wilderness. This one was along the Carrigain Notch Trail near the EB&L Railroad’s Camp 20. When I came upon the vacant campsite, the embers were still burning under the rocks of the fire ring. Using a Sea to Summit bag, I put the fire out with water from the nearby brook and stayed at the site for over 30 minutes to make sure it was out. Considering I saw no hikers in the area all day, who knows how long it was burning. Interestingly, I just wrote about the 1907 Owl’s Head fire that burned thousands of acres in the Pemigewasset Wilderness. 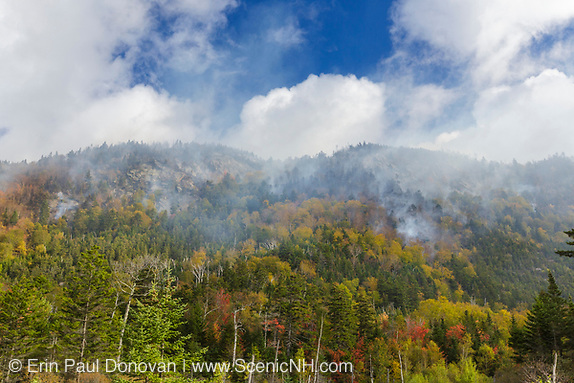 A few days later I was photographing the Dilly Cliff forest fire in Kinsman Notch. The Dilly Cliffs are behind the Lost River Gorge and Boulder Caves on Route 112. On the day I visited there were a few pockets of visible fire, but I saw mostly lots of smoke. Two Blackhawks and another helicopter were taking water from Beaver Pond and dropping it onto the fire. As far as I know, the cause of the fire has not been determined yet, but it seems likely a campfire started the forest fire. 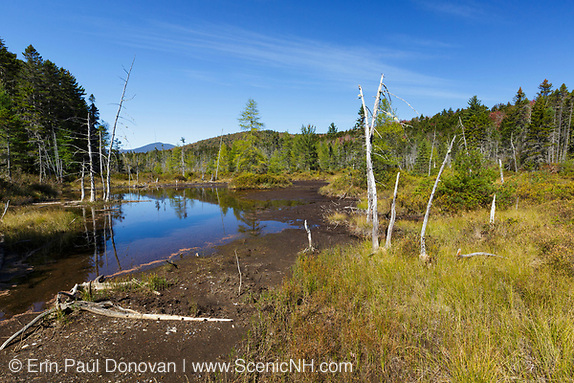 My time in the Pemigewasset Wilderness has been spent in the remote regions of EB&L Railroad territory. A short spur line traveled by the above wetlands area in the Norcross Brook drainage. I first visited this wetlands about ten years ago, and I find the area to very peaceful. It is a great example of “wilderness”.

The definition of Wilderness per section 2(c) of the Wilderness Act of 1964 states "A wilderness, in contrast with those areas where man and his own works dominate the landscape, is hereby recognized as an area where the earth and its community of life are untrammeled by man, where man himself is a visitor who does not remain. An area of wilderness is further defined to mean in this Act an area of undeveloped Federal land retaining its primeval character and influence, without permanent improvements or human habitation, which is protected and managed so as to preserve its natural conditions." 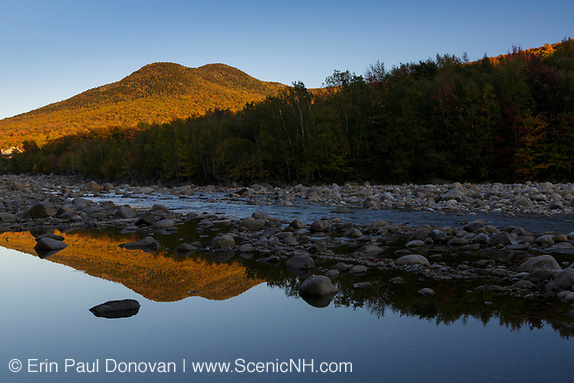 As I reflect on the last few months, I am thinking about the East Branch of the Pemigewasset River. The East Branch is fifteen miles long and begins deep in the Pemigewasset Wilderness in the area of Stillwater Junction. I have photographed this river during the best of times and during the worst of times. Much like a person, it has good and bad days, and that is what makes this river so interesting. Mother Nature is awesome!

All of the above images can be licensed for publications by clicking on the image you are interested in. And you can view more images of the White Mountains here.