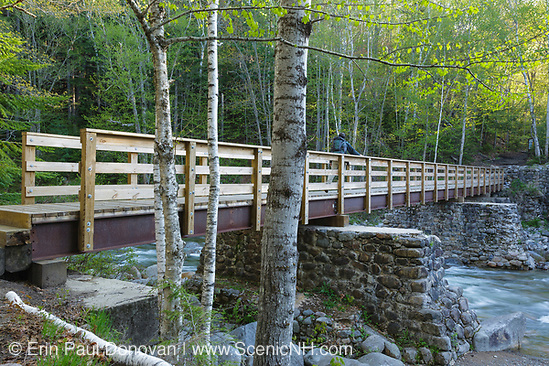 Why is the Weeks Act important? Main reason is the logging practices of the 19 & 20th century timber barons are forever gone and the wilderness is protected for all future generations to enjoy. Something to think about as you cross over the footbridge into the Pemigewasset Wilderness this year.

The above abutments that support the footbridge are from the old Trestle 7, which was used by the East Branch & Lincoln Railroad to cross Franconia Brook in Lincoln, New Hampshire USA.