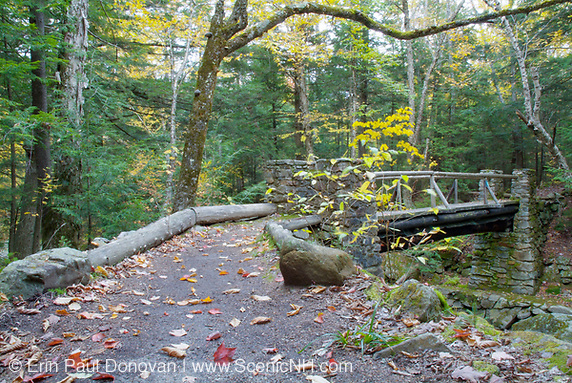 Memorial Bridge, Randolph – Built 1923-1924, Memorial Bridge crosses Cold Brook along “The Link” trail in Randolph, New Hampshire. The bridge was dedicated as a memorial to Randolph's early pathmakers (19th-century trail builders) on August 23, 1924. These early pathmakers are responsible for cutting many of the trails in the Northern Presidential Range.

Louis F. Cutter and Eldredge H. Blood designed and built the bridge. Work began on it in the fall of 1923 and was completed in time for the August 1924 dedication. The span of the bridge is about 26 feet, and it's built of concrete, logs, stone, and supported by a copper-clad log that is said to be over 5 feet in circumference. And the entrances were intentionally kept narrow to prevent horses and cattle from using it. 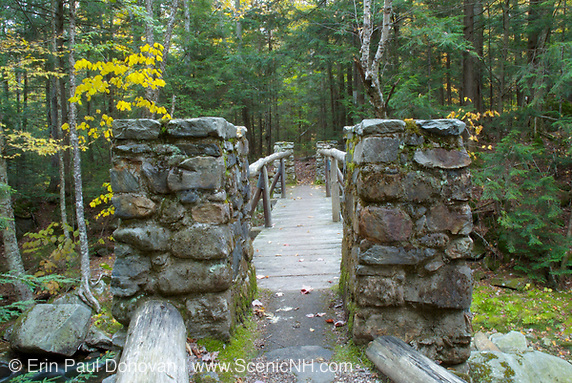 Originally cut in 1893 by J. Rayner Edmands, the Link connects Appalachia with all of the trails that ascend Mount Adams and Mount Jefferson from the north and west. The 7.6 mile-long trail travels through varying scenery and allows for some excellent loop hikes. However, portions of the trail are very rough, and not all enjoy it. And for some, the highlight of the trail is this bridge. 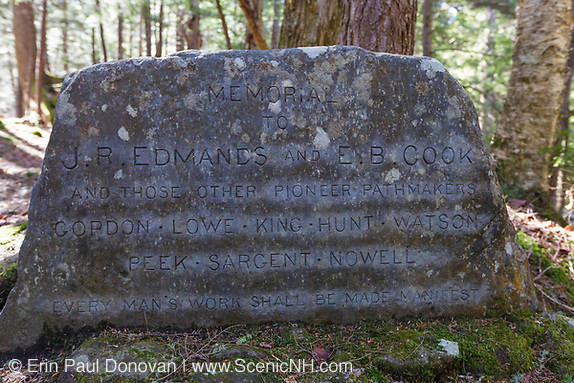 On the east side of the bridge is a stone memorial with the names of Randolph's early pathmakers. Forever linked to the Presidential Range, these legendary pathmakers include Eugene B. Cook, J. Rayner Edmands, James Gordon, Hubbard Hunt, Charles E. Lowe, William G. Nowell, William H. Peek, George Sargent, and Laban Watson. 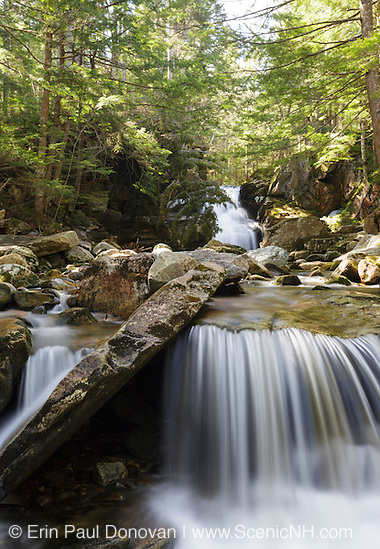 From the bridge, there is a view of Cold Brook Fall. This waterfall is one of the many picturesque cascades on Cold Brook, and it is a great location to visit during the waterfall season. But swimming is not allowed here because the brook is a source of Randolph’s drinking water. 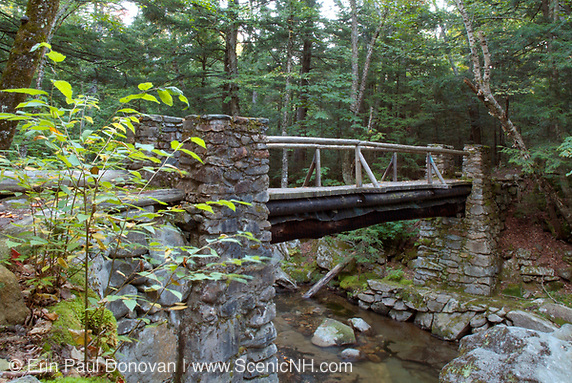 In this social media era of hiking, its often overlooked that the individuals mentioned above were building trails in the Northern Presidential Range during the 19th-century; the trails were rough, often poorly marked and hard to follow, and some trails they cut were destroyed by logging activities in the early 1900s (trails impacted by logging would have to be reopened). Luckily for us, trail building and maintenance has improved tremendously since this era.