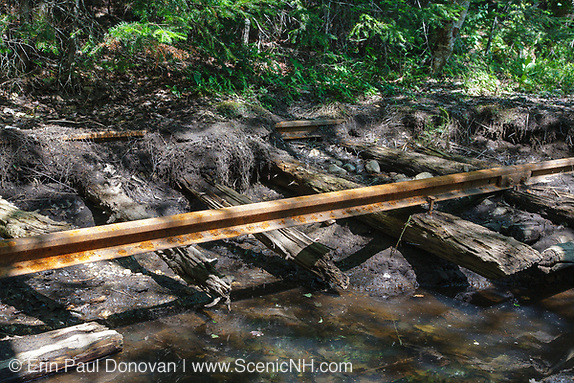 East Branch & Lincoln Railroad – The East Branch & Lincoln Railroad, built by timber baron James E. Henry, was a logging railroad that operated from 1893-1948 in the New Hampshire towns of Lincoln and Franconia. Much of the railroad was in the area we know today as the Pemigewasset Wilderness. If you venture into the Pemi, from the Lincoln Woods Trail, you will be walking the railroad bed of Henry’s railroad.

During its existence, the East Branch & Lincoln Railroad was sold to the Parker Young Company and then to the Marcalus Manufacturing Company. The railroad was considered the "elite logging railroad" during the 19th & 20th century White Mountains logging era. And towards the end of its lifespan truck logging played a role in the logging operations. 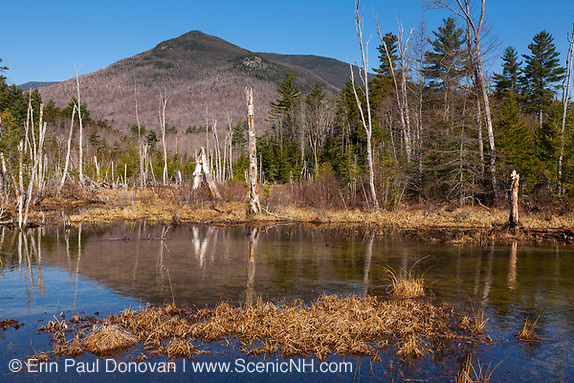 Some sections of the East Branch & Lincoln Railroad are now wetlands, and it is almost impossible to tell a railroad was ever in some areas. Most hikers pass by the above area, along Franconia Brook Trail, never knowing it was at one time dry and part of the railroad. During the logging era, a spur line beginning at Camp 9 traveled through this wetlands in a northwesterly direction, crossed Franconia Brook at today's Lincoln Brook Trail crossing, and ended at a landing / work area just beyond the brook. 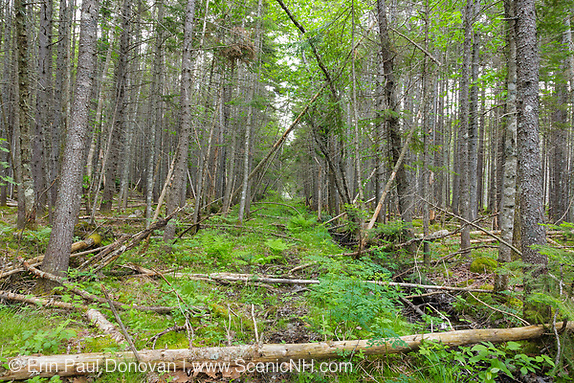 Based on my field research and educated guess I estimate between 50-70 miles of track (including spur lines) and at least forty-two camps. The mileage of track varies from historian to historian, but I feel 50-70 miles is a solid estimate. I do think there are more spur lines and camps to be found. One of the cooler sections of the railroad bed is in the area of Stillwater Junction (above). 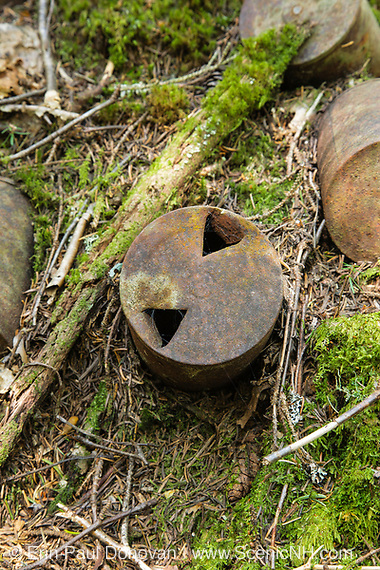 Today the locations of the rail-side and high mountain camps are almost a mystery. There were over forty known logging camps associated with this railroad. The high mountain camps were smaller dwellings, when compared to the rail-side camps, and are very hard to locate in the forest today. Many of the camp locations are based on guesses by historians. Some guesses are accurate, and some are way off. 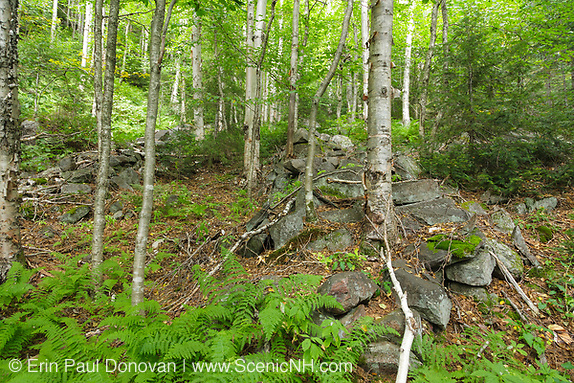 I have found some interesting artifacts while exploring this railroad, but the possible logging sluice (above) on the side of Southwest Twin Mountain in Redrock Ravine intrigues me the most. I say “possible” because this is the only sluice I have found in East Branch & Lincoln territory, so I don’t have anything else to compare it to for verification. And I have yet to find any reference of a sluice ever being in Redrock Ravine. 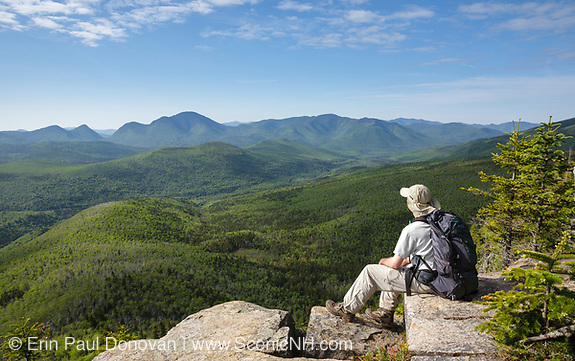 The East Branch & Lincoln Railroad covered such a large area of the New Hampshire White Mountains, and there is so much history surrounding the railroad that I will never be done documenting it. It is an incredible piece of White Mountains history.