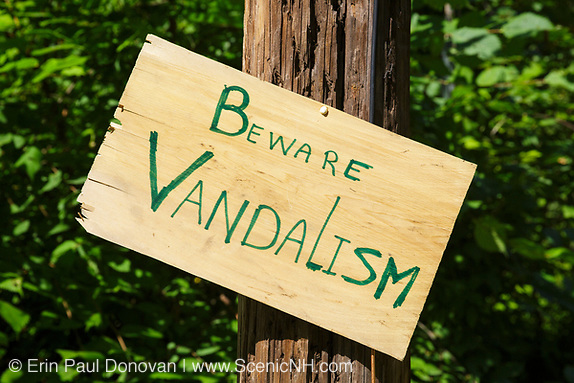 Vandalism, White Mountains – I have been reminiscing about all the conversations I have had this year. And a common topic among many outdoor enthusiasts is all the vandalism in the White Mountains. So today’s blog article focuses on the keyword search term “vandalism”. And this imagery is intended to create awareness for a very concerning issue here in the New Hampshire White Mountains. However, keep in mind that some outdoor enthusiasts feel some of the below acts of vandalism are perfectly acceptable.

When creating awareness for the impact we have on the environment, the norm in today’s outdoor world is to use breathtaking landscape photos of a region. But as an environmental / conservation photographer, when creating awareness for the White Mountains environment, I prefer to use photos that show the impact. I believe showing the actual damage leaves a lasting impression on outdoor enthusiasts. And it influences us to practice “Leave No Trace” and be better stewards of the land. 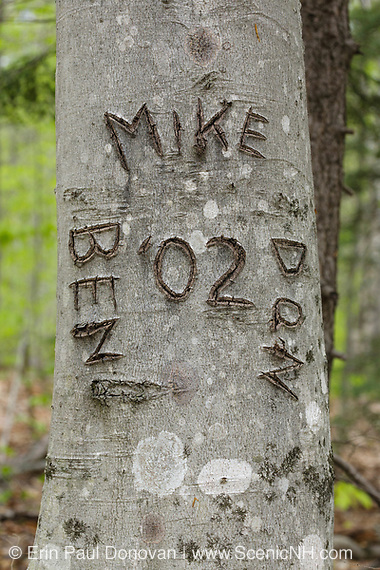 The type of vandalism we mainly encounter along the White Mountains trail system involves hikers leaving their mark everywhere. And vehicle windows being smashed, from break-ins, at trailheads has been an endless problem dating back years. Some of the vandalism, such as carving a name into a tree, is innocently done while other cases are deliberate acts of vandalism. I hate seeing the place I love being destroyed by vandalism. 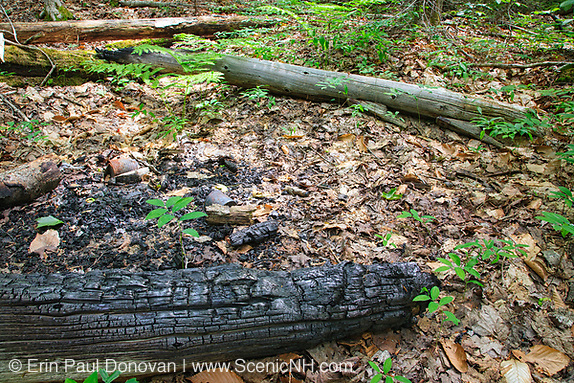 Above is a burned utility pole (artifact) along the old East Branch & Lincoln Railroad in the Pemigewasset Wilderness, New Hampshire. In 2011, campers knocked down this standing utility pole and then burned it in their campfire. It was one of only a handful of utility poles still standing along this railroad. Destroying historic artifacts falls into a different category of vandalism, and strict laws are in place to preserve our past. 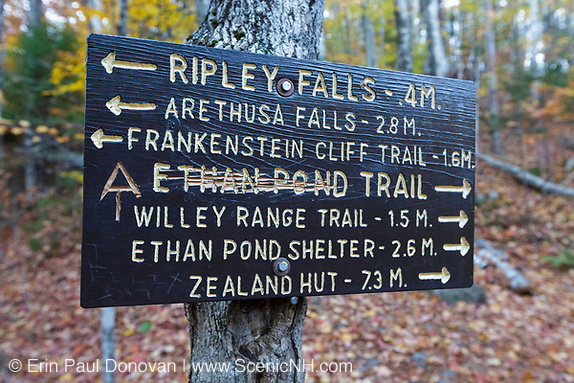 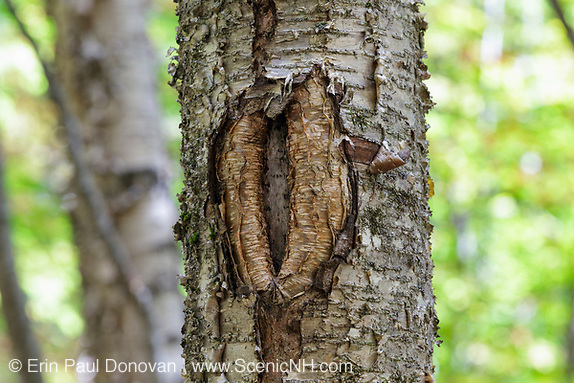 In October 2011, I documented newly applied trail blazing (trail markers) along the Mt Tecumseh Trail in New Hampshire. Sometime in the spring of 2012, the yellow trail blaze that was on the above tree was improperly removed from the tree. And a man made tree wound where rot, fungus, and insects could enter the tree was visible. The bark, where the trail blaze was, was cut and peeled away from the tree. And this is how the wound looked in October 2017. Most trail stewardship groups don’t use or teach this practice of blaze removal anymore because of the impact it has on trees. And because of this, I consider it to be a form of vandalism.

* In this era of trail stewardship education, this shows a lack of caring. And there needs to be accountability for this type of vandalism. Trail stewards, see my long term project that shows this trail blaze wound healing here. 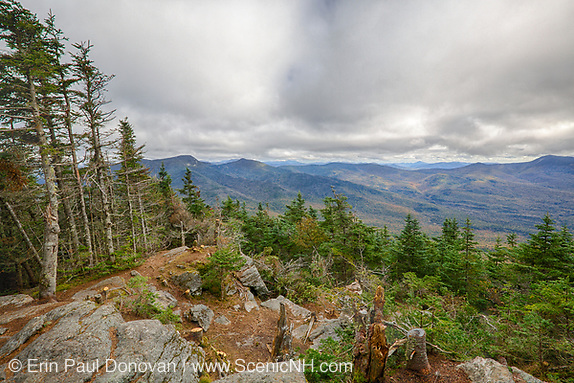 The above photo shows one of the areas cut on Mount Tecumseh after repeated illegal cutting in 2013. Forest Service did not authorize this cutting which makes it vandalism. Many hikers support view clearing, but the higher elevations of the White Mountains are home to rare bird habitat. And Mountain birdwatch results indicate that between 2000 and 2009 Bicknell's Thrush, an extremely rare species with very limited breeding grounds, was detected on Mount Tecumseh. This cutting may have damaged rare bird habitat. Interestingly, a few hikers claim to know one of the persons that did some of the cutting. Report them to Forest Service law enforcement.

* For all you hikers out there who are cutting viewpoints in the White Mountain National Forest, keep in mind that as soon as do this without authorization from Forest Service, it becomes a punishable legal offense. 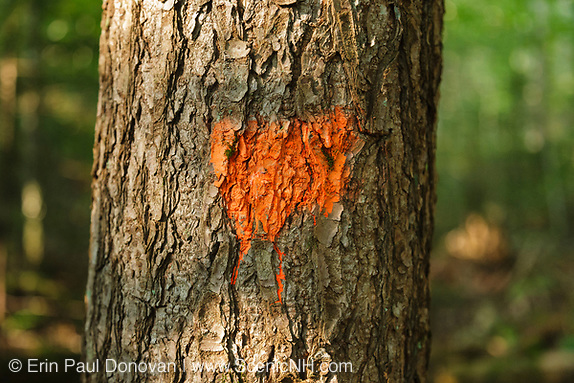 A number a years ago someone attempted to cut an illegal trail that connected Black Pond Trail to the Lincoln Brook Trail. They used orange paint (above) to mark the trail. Hikers working on the Appalachian Mountain Club’s White Mountains 4000 Footer hiking list, bushwack through this area when hiking to Owl's Head in the Pemigewasset Wilderness. And for some, it is the first time being in the backcountry where navigation skills are needed, and it can be intimidating. More than likely a hiker thought this bootleg trail would help others navigate the area. But whoever cut the trail has an awful sense of direction! And it is vandalism to the National Forest. 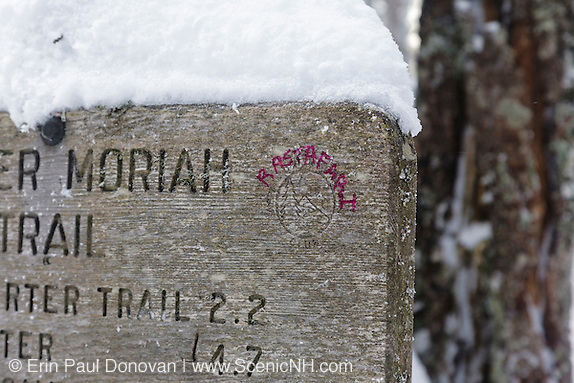 “Rastafari” (above) was making his or her rounds through the White Mountains trail system a few years back. Many trail signs and other objects were tagged. Innocent fun to some, but it is vandalism. And it creates unneeded work to remove the graffiti. Everyone on the trails was talking about this, so the vandal got there fifteen minutes of fame among the hiking community. Wonder whatever happened to this vandal. 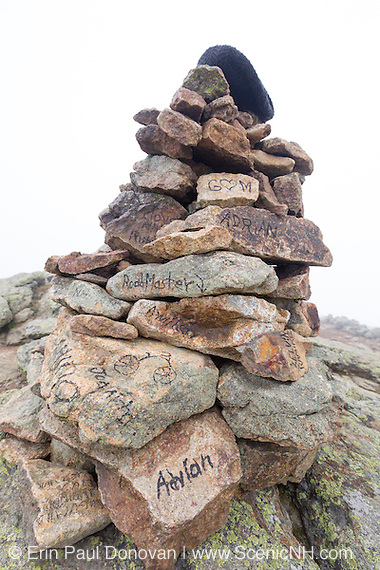 Above is a rock cairn covered in graffiti along the Franconia Ridge Trail on Little Haystack Mountain. I can’t help but think this graffiti is a shrine or memorial to someone, but that doesn’t make it acceptable. Graffiti is the worst form of vandalism, and it is everywhere in the White Mountains! It is to the point now where graffiti is acceptable to do in nature. 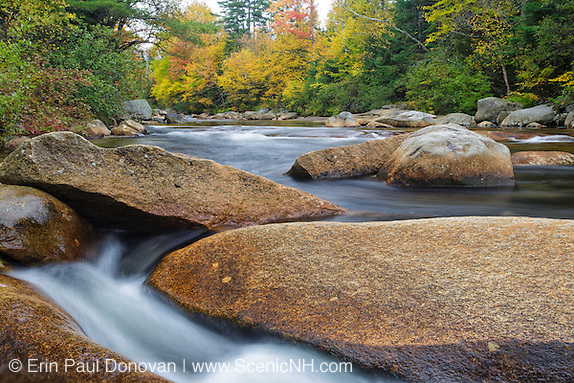 In this social media era of hiking, the narcissistic personality can get the social recognition they crave, so it seems likely there is a connection between the rise in vandalism in the White Mountains and social media. And the reality is vandals brag about their actions, and some vandalism cases can be solved with information found on social media. But with all the cyberbullying that goes on many won’t report vandalism to law enforcement.

As an outdoor community, if we continue to turn a blind eye to the vandalism issue in the White Mountains it will be our fault when the mountains are trashed. And that is why we all have to be better land stewards and report anyone who vandalizes the White Mountains to law enforcement.

All of the above images can be licensed for publications by clicking on the image you are interested in.